In this article, we will learn about the Top 4 Tourist Places in Istanbul that you must visit when you come to this European city, and we will let you know the most important tourist details for each place. 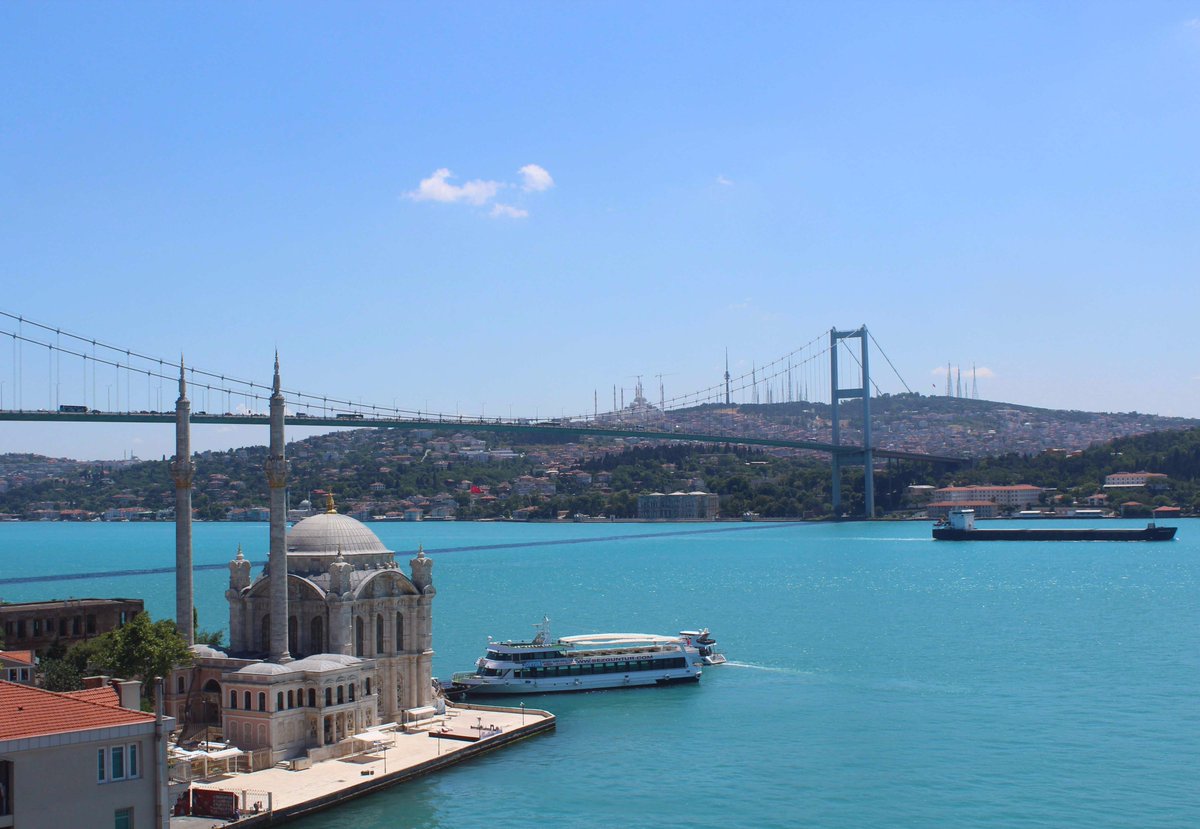 The Bosphorus is one of Istanbul’s most popular tourist attractions. . It is a water strait with a length of 30 km, and its width varies between (550 m and 3000 m). This strait crosses the three bridges of Istanbul , namely the Bosphorus Bridge, the Fatih Sultan Mehmet Bridge and the Sultan Selim I Bridge.

The Bosphorus on both sides of the strait contains many tourist places in Istanbul, such as the Castle of the Girl, the Topkapi Palace, Dolmabahce and Beylerbeyi, in addition to the Anatolian Hisar Castle, and the Rumeli Hisar Castle.

Where Is the Bosphorus Strait Located?

The Bosphorus Strait is located between a large area of ​​land on its Asian and European sides. This water channel connects the Black Sea and the Sea of ​​Marmara. It forms the southern border between the Asian and European continents, together with the Dardanelles.

The Bosphorus Strait has a long history, and its waters are considered part of international navigation because it sees over 55 thousand ships pass through in one direction every year. 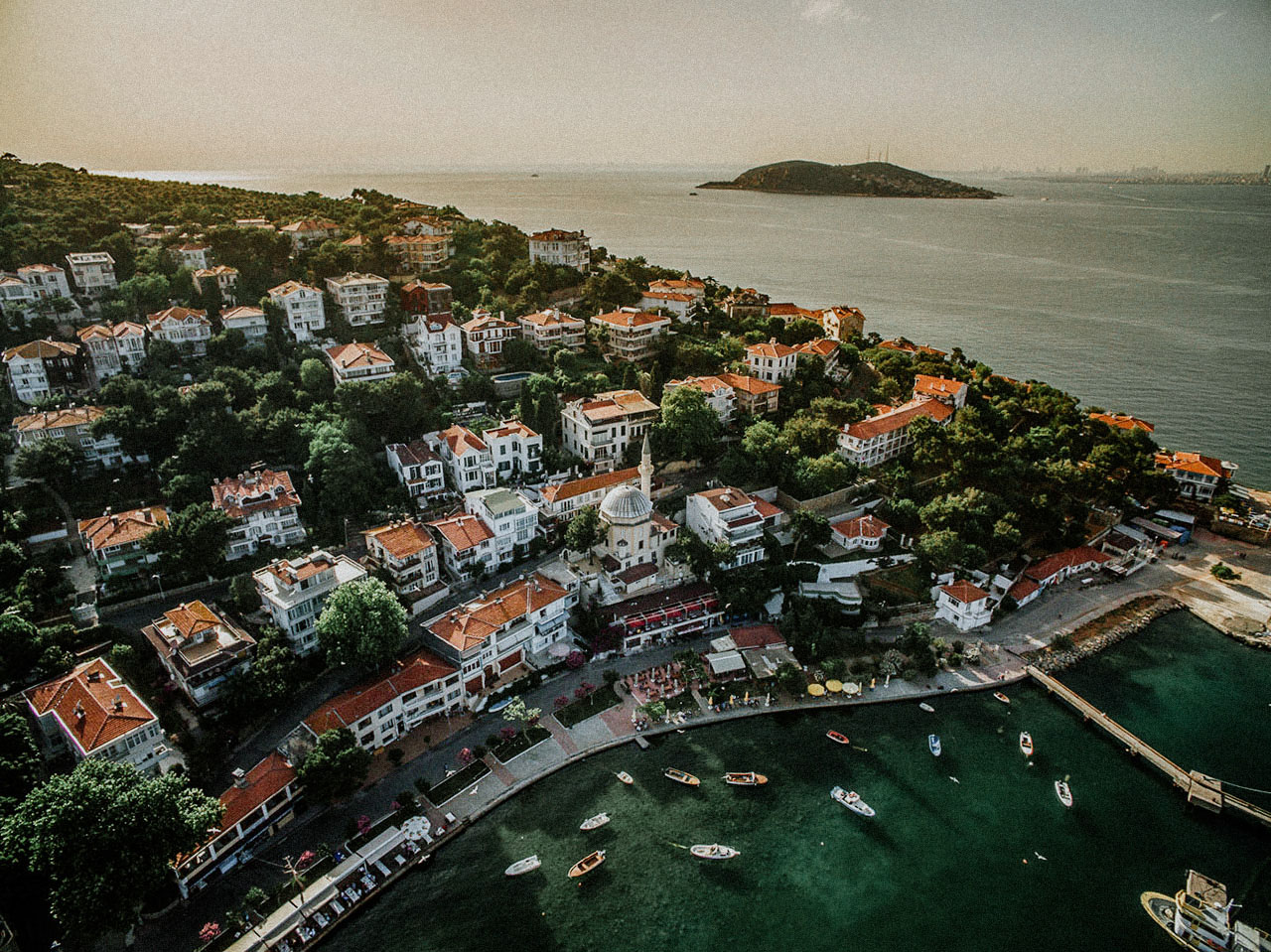 Princess Islands is one of Istanbul’s most well-known tourist destinations. It is a 15.85-kilometer-long archipelago of islands located in the Sea of Marmara. It is characterized by its small size, and visitors from all over the world come to enjoy its charming landscapes.

The origin of this name can be traced back to the Byzantine Empire, when the princes regarded it a place of exile. The Princess Islands are made up of nine main islands that vary in size:

Princess Island in Winter and Summer

Going to Princesses Island is one of the most wonderful tours in Istanbul , as it is the most important tourist destination for tourists from all over the world, in all seasons, whether in summer or winter. We, in turn, in your tourist travel, will accompany you on a special trip, through which you will learn about the most beautiful landmarks of the famous Princess Islands.

You can book tourist trips in Istanbul to Princesses Island, which start at 9.30 in the morning and end at 6.00 in the evening, and go through the port of Istanbul towards the Big Island, which gives you the opportunity to enjoy the beauty of the sea, and pass through the Bosphorus Strait, with the possibility of choosing between islands to walk in.

How to Go to Princesses Island

As for how to go to the Princess Islands, it is through two ways; The first: by heading to the Eminonu region, and the second: by arriving at the port of Kabatas, and then heading on a wonderful cruise in the Bosphorus Strait by boarding the ship to the Princesses Island. 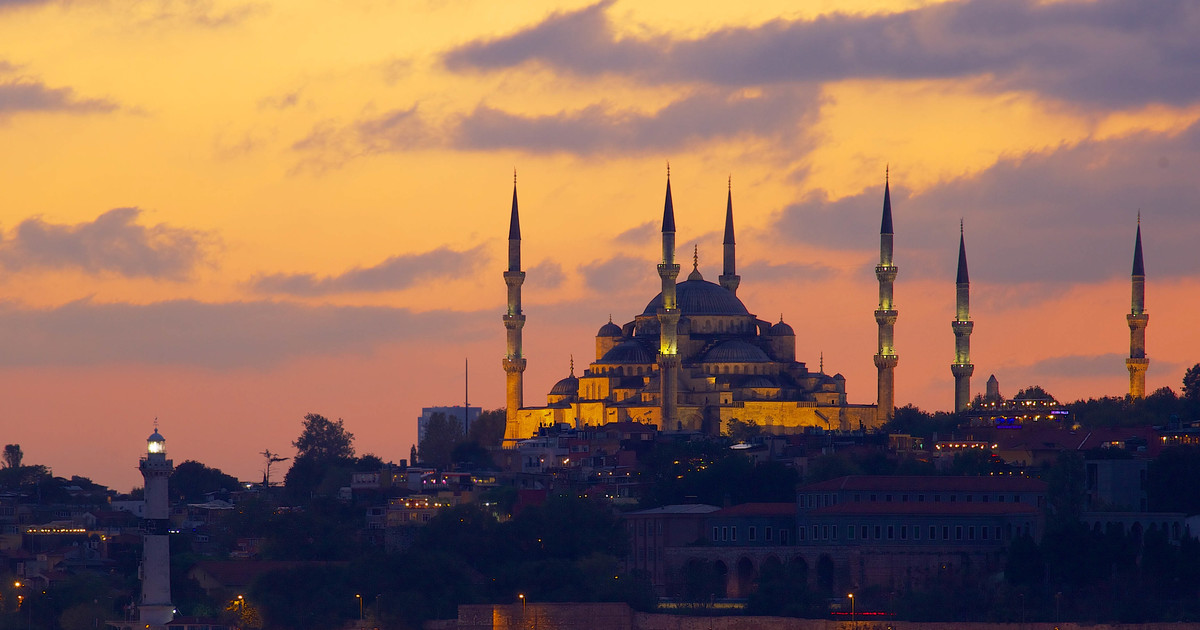 Sultanahmet area is one of the most beautiful and wonderful areas of Istanbul, and attracts tourists, as it is not possible to come to the tourist city of Istanbul without visiting this area. It is located in the heart of European Istanbul and is administratively affiliated to the Fatih Municipality .

How Far Is Sultanahmet District From Taksim?

Istanbul has a large network of transportation that allows you to move around the city with great ease, wherever you can reach Sultanahmet, either by using public buses or one of the tram lines. For example, if you are in Taksim, which is about 5 km from Sultanahmet, you can ride various mass transportation to reach very quickly.

Due to the large number of prominent tourist places in the Sultanahmet area, it is difficult for a tourist to visit all the places in one day, without taking a rest, then it is necessary to search for hotels near this area. Where there are many hotels for tourists, with specifications that meet their desires, and at good prices that suit them.

Whoever comes to visit tourist places in European Istanbul in general, and the Sultanahmet area in particular, will have the opportunity to see many of the tourist places in them, and will be a witness to the various civilizations that have passed through them.

For example, there is the Sultan Ahmed Mosque, which is nicknamed the Blue Mosque because it is adjacent to the Bosphorus, and next to it is also Sultanahmet Square, which gives you the opportunity to enjoy shopping in the most famous tourist markets , the famous Ayasofya Museum with its ancient history, and Gulhane Park with its view of the Marmara Sea.

The Famous Ortakoy District of Istanbul 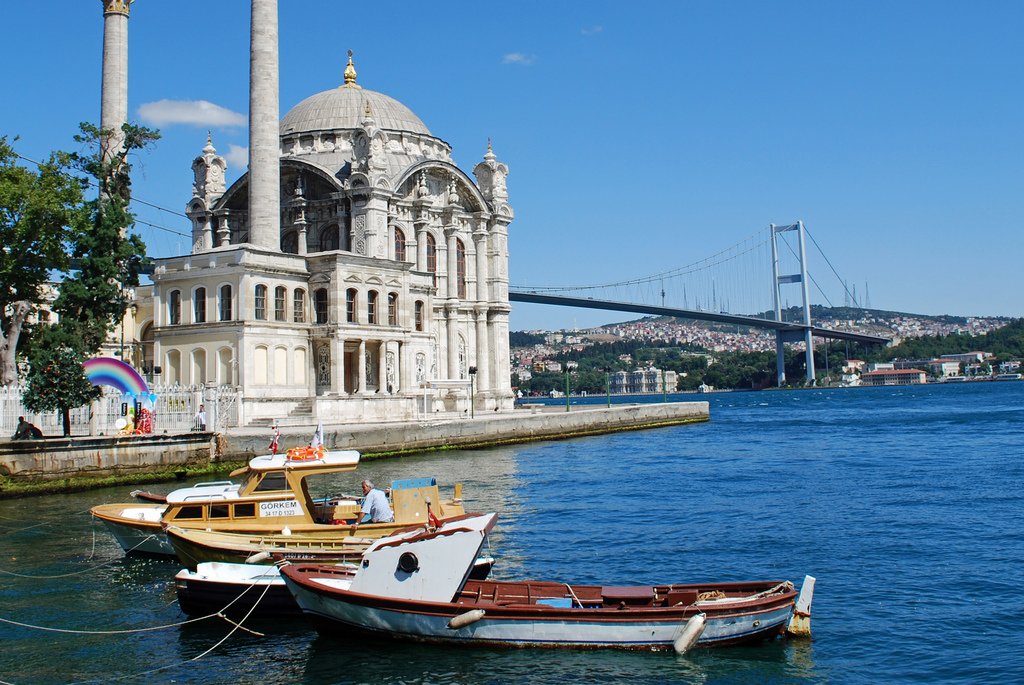 Ortakoy neighborhood Istanbul is one of the most beautiful neighborhoods of Istanbul, and the most attractive tourist areas in Istanbul for tourists in European Istanbul, the coast overlooking the Bosphorus, and the Ottoman palaces and castles on its edges gave the area a special charm and beauty, as this coast extends more than 1,000 meters in length It contains places to sit and enjoy the beauty of the bridge and the strait, in the midst of a distinctive popular atmosphere, especially on summer evenings and nights.

How to Get To Ortakoy From Taksim

There are many means of transportation that provide visitors and those wishing to visit Ortakoy access to Ortakoy neighborhood, and for those who ask about how to reach Ortakoy neighborhood from Taksim, the answer to that is by using public buses, where you can ride in one of the buses from the Park Hotel station in Taksim, and get off at Kabtaş High School station near the Majidiyeh Mosque. You can also use one of the metro lines located near the Taksim area .

Ortakoy neighborhood has a variety of hotels with various views. Some of these hotels overlook the Bosphorus, and some overlook the historical palaces and castles. These hotels are characterized by their close proximity to the tourist places in the Ortakoy region, and their 5-star services, which are usually received favor of tourists.

Galata Tower , with its distinguished geographical location, and its wonderful geometric shape, is one of the most important tourist symbols of Istanbul. Whoever tours the streets of Eminonu and Karakoy , must take a look at this amazing tower in its construction. Whoever forgets to climb to the top of this tower will be on a date with a panoramic view of extraordinary beauty, because he will see the entire Bosphorus bridge appear in front of him, with the blue waters of the strait reflected in it.

The Story of Galata Tower in Istanbul

Regarding the story of the Galata Tower, there are some accounts that say: The Galata Tower is the place chosen by Hazfran Ahmed Shalabi, to try the first attempt to fly in the seventeenth century, through artificial wings that he separated and installed himself.

And some other accounts say: that Ismail Jawhari, who lived in the tenth century AD, was the first inspirer for Shalabi to do his experiment, as Shalaby worked on analyzing and scrutinizing the results reached by Jawhari, as well as examining the durability of the wings in the Oak Medani area in Istanbul, prior to the flight experience. .

It is also said: On a day with strong winds, Shalabi rode the artificial wings, and was able to fly from Galata Tower to Uskudar in the year 1632 AD, covering a distance of 3358 meters, to be one of the most prominent Turkish figures who tried to fly.

Galata Tower From the Inside

The Galata Tower, which was built in the year 1348 AD, consists of 9 floors, and administratively belongs to the Taksim district. The height of the tower from the ground to the top of its head is 69.90 meters, its wall thickness is 3.75 mm, its internal door is 8.95, and The external door measures 16.45 meters in length. The tower was included in the temporary World Heritage List in 2013, and includes a spiral staircase, and a small museum that displays photographs and information about the history and origin of the tower.

Where Is Galata Tower Located in Istanbul?

Galata Tower is one of the most prominent tourist attractions in Istanbul . It is located in the Galata area in the heart of Istanbul, where it is very popular with tourists from all over the world. Those who come to visit Taksim must limping to see this majestic edifice, in the center of European Istanbul.